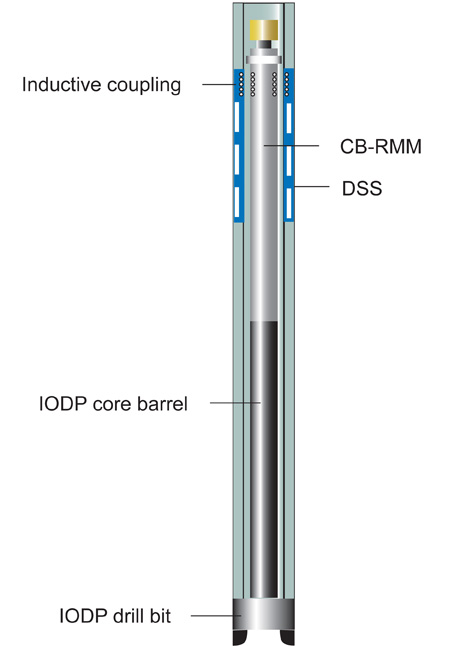 The Core Barrel – Retrievable Memory Module (CB-RMM) may be deployed routinely with all standard IODP core barrels. It has been designed to capture incoming weight-on-bit, torque-on-bit, and pressure data from the Drilling Sensor Sub via a wireless inductive link. The data are transmitted between two coils, one mounted in the DSS and the other mounted on the CB-RMM antenna. The DSS transmits the data continuously even when the CB-RMM is not present. When the CB-RMM is present, it recognizes the incoming data and stores them in the onboard memory. In addition to storing data from the DSS, the CB-RMM makes its own pressure and acceleration measurements, which are stored with the DSS data.